The following outage map shows the most recent areas in the United Kingdom where KCOM users have reported their issues and outages. If you are having an issue with KCOM and your location is not listed, make sure to submit a report below.

At the moment, we haven't detected any problems at KCOM. Are you experiencing issues or an outage? Leave a message in the comments section! 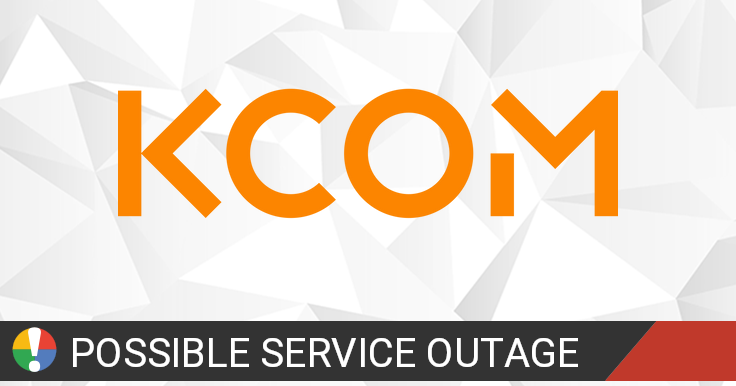 Hi Spooky, please send an email with photos (if possible) to help@kcom.com. Please include the location of the box so we can check on our plans if it is indeed ours &amp; what we would need to do to fix this. Many thanks.

Hi there, we were updating our Facebook/Twitter profiles throughout the day with updates as we were made aware of any progression. If your fault is still not resolved, please feel free to call us on 01482 606101. Thanks