The following outage map shows the most recent areas in the United Kingdom where TSB Bank users have reported their issues and outages. If you are having an issue with TSB Bank and your location is not listed, make sure to submit a report below.

At the moment, we haven't detected any problems at TSB Bank. Are you experiencing issues or an outage? Leave a message in the comments section! 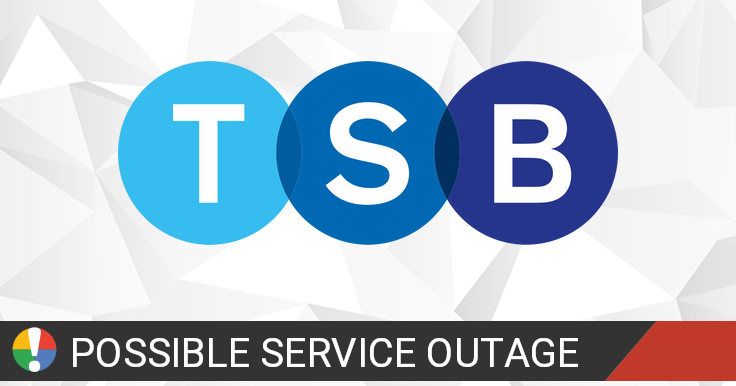 TSB Bank plc is a retail and commercial bank in the United Kingdom and a subsidiary of Sabadell Group. TSB Bank operates a network of 536 branches across England, Scotland and Wales.

However, to ensure your comments are passed on as feedback, can you please DM your full name, postcode, the time of your call, and the number you called from? 2/2 Alex

Thank you for this information, Greg. Typically, our advisors would be unable to see any pending Credits, as when a payment reaches your account it is normally made available to you immediately. 1/2 Alex