The following outage map shows the most recent areas in the United Kingdom where Tesco Mobile users have reported their issues and outages. If you are having an issue with Tesco Mobile and your location is not listed, make sure to submit a report below.

At the moment, we haven't detected any problems at Tesco Mobile. Are you experiencing issues or an outage? Leave a message in the comments section! 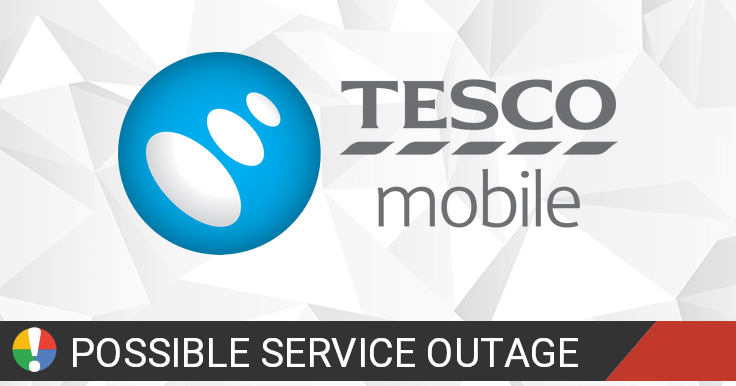 Tesco Mobile Limited is a mobile virtual network operator in the United Kingdom using the O2 Network and has 99% network coverage in the UK.

Hi there, I'm sorry to hear this. Can you tell me what system was down please? Are you trying to place an order? Please drop me a DM with a little more information - Laura

@Tesco @Ofcom Apologies again, we've contacted the Concerns Management team dealing with this, who will be investigating fully and have asked them to contact you as soon as possible. We'll continue to liaise with you via DM in the meantime - Liz

Hi John, if you pay the most overdue invoice in full, this will remove the restrictions. Drop us a DM and we'll check when the second bill needs to be paid by the avoid any further restrictions 😊 - Liz https://t.co/ZsZ8aLI7k4