The following outage map shows the most recent areas in the United Kingdom where TalkTalk users have reported their issues and outages. If you are having an issue with TalkTalk and your location is not listed, make sure to submit a report below.

TalkTalk is having issues since 12:00 PM GMT. Are you also affected? Leave a message in the comments section! 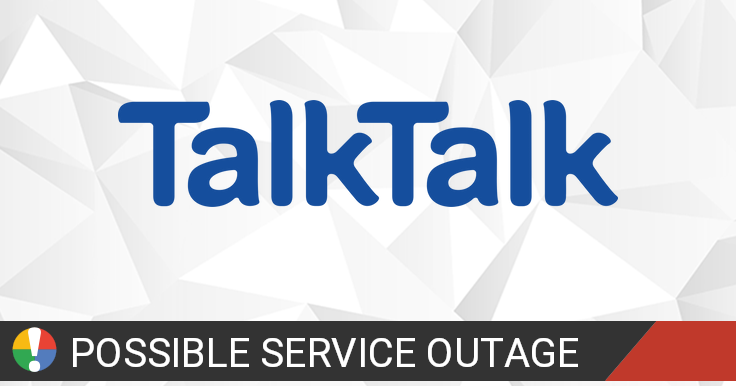 Hey Tim , we do apologize for this bad experience that you have had and we would love to look into this for you. Kindly send us a DM so that we can get your details via a secure link and look into the issue -Zohaib

Hi Thanks for the information, Hence e say Kindly send us a DM and we'll get on the case asap. Thanks -Kaizer https://t.co/JU0u90XhZw

Hiya . I trust you are well. Kindly send me a DM for further assistance. -Regards, mbuso