The following outage map shows the most recent areas in the United Kingdom where BT (British Telecom) users have reported their issues and outages. If you are having an issue with BT (British Telecom) and your location is not listed, make sure to submit a report below.

BT (British Telecom) is having issues since 06:40 AM GMT. Are you also affected? Leave a message in the comments section! 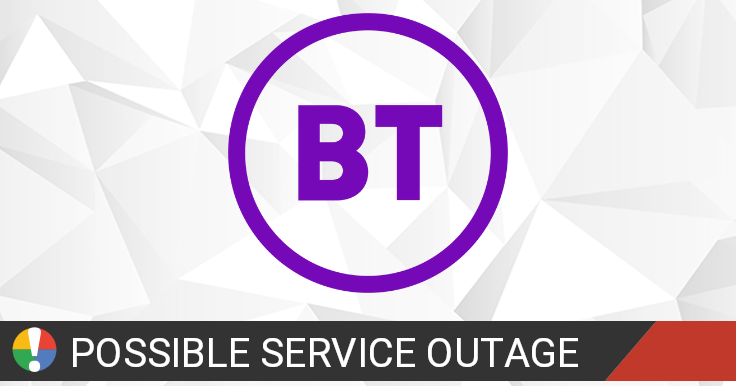 Do you need help with this Oscar? If so, please DM us with your account details. ^Paddy https://t.co/hBbj6tVEyH

2/2 Customers can get a battery back-up unit if they're concerned about power cuts. Full details on this are available here: https://t.co/seCWgZfBGF ^LauraS

I'm so sorry that your parents were out of service for 6 days. This new service is called Digital Voice. I understand there's apprehension around this new service, so we have provided information online on how it works and what it's all about at ... https://t.co/68zSwjV036